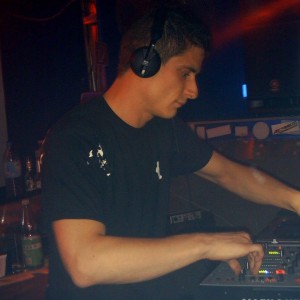 LIHO’S electronic CV 1996. A meaningful stop for LIHO. His personal turning point – making him discover his passion for electronic sounds. Infected by two popular 90s dance floor outputs (Dream Dance & Club Sounds) LIHO becomes a sucker for sweet baselines. From then on his crush on Techno mutates to his purpose in life, with temporary pit Stops covering the hip-hop and rock movement of the late 90s. Acts, such as Blumentopf and freundeskreis help multi-faceted LIHO reveal a deeper sense between the beats. A period of time in which he can’t really limit himself musically. Being part of the Loveparade 2000 LIHO is overwhelmed by the boundless groove, connecting millions of individuals, inhaling one tune, sharing one moment and expressing various interpretations of electronic music. These effective impressions finally make LIHO stick to the seductive style of a magical land called TECHNO. Next step? July 2001. Der Blaue See, Rathingen. Mr Sven V‰th behind the decks-A perennial favourite as one of the world’s best Djs, according to major mixing magazines, as well as that day’s excessive crowd. LIHO finds himself surrounded by the radiating euphoria emanatating from hundreds of twisting bodies. He becomes part of the story, dictated by a sets perfection. LIHO is buying his own records soon after. And by 2002 he owns his first pair of turntables. Always focusing on his dream of „DJ LIHO behind the decks“ he is determined to improve his mixing abilities. At that stage LIHO doesn’t really know vinyl-acrobats to ask for help, so he is forced to teach himself how to control the basic tools of producing a decent set. 2004 his mixing-skills have improved incredible and his electronic obsession of rocking a fine crowd with his own, infectious grooves mutates to a vivid vision within his thoughts. Encouraged by a new pair of stunning Techniques LIHO feels fit for his local prime time gig in 2005. From then on he is addicted to the feeling that seizes every single cell of his body, as he watches dancing souls dedicating their movement to his sets. Nowadays his frequently increasing portfolio is pimped by several references, such as: Gloria Theater (Cologne), Pearl Dance Club (Luedenscheid), Bedroomclub (Gummersbach), Elektroküche ( Cologne ), Artheater ( Cologne ) His style is quite tough to label. At the moment he preferes the klicking sounds of progressive Minimal tunes. Due to self-explanatory mix seassions and his natural impulse to experiment always guarante his complex and pulsating tech sinfonia. So ladies and gentleman: keep an eye on LIHO. And beware!!!!!